True Sun Devil Down to Your Core? Then You Should Know About Petey the Bulldog

A few years ago, about the time I started posting old photos of Phoenix on a Google+ page, a new logo was designed for my school, Arizona State University. It was a pitchfork, a simplification of the Sun Devil *Sparky* mascot that was adopted in 1948, and which had been created by former Disney animator Berk Anthony.

All of this got me wondering how the old-timers reacted to the changes in their school over the years. And since I'm not really interested in history, I am interested in time-traveling, I'm trying to go back and see it from the point of view of the active alumni, fans and students at the time. And believe me, it gets really weird, starting with the original name of the school, the Tempe Normal School. 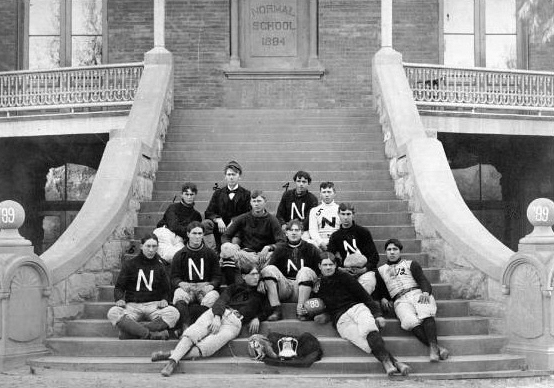 A Normal School is what a school that taught teachers was called, that is, a teaching school (which taught teaching *norms*). And since that was the original name of ASU, the teams, naturally enough, were called the Normals.

Whether the Normals had a mascot or not seems to open to debate, but that's an owl there on the steps of Old Main next to the football players (photo above) posing with the Territorial Cup in in 1899. So, if you're wondering why the football team  has N's on their jerseys, it's because they were the Normals.

When the name of the school changed to the Tempe Teacher's College, a new name for the team was needed. And really, this was the first time that the mascot and the team names were the same - the Bulldogs. So, if you're an alumus from 1922 to 1946, you are a Bulldog. Of course, if you went to the school between 1885 and 1922, since you were a Normal, you were probably pretty outraged at the change. See what I mean? 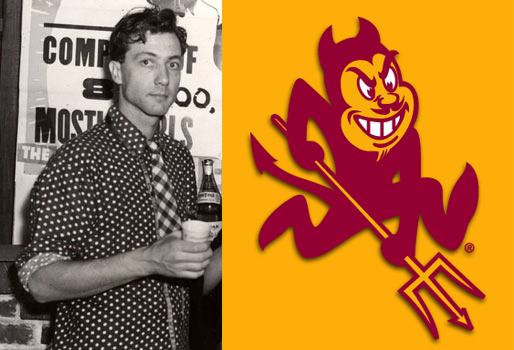 "It's all Arizona State University and the Sun Devils"

I'm still doing more research on whatever possessed a successful school to start using a devil as a mascot. It's been around so long now that most people never give it a second thought, but when it was a new idea I can't help but think that there were a few people who questioned the wisdom of using an image of Satan for a school? Of course, the cheerful cartoon of *Sparky* helped people get used to the idea, I'm sure.

My feeling about all of this is that people are always proud of their school, and supporters of tradition. I don't know anyone personally who is old enough to have been a Bulldog, or a Normal, but they're as much of a part of the history of ASU as are the Sun Devils (and that's me).

My point of view is probably in line with yours. It's all Arizona State University and the Sun Devils. It just took us nearly 50 years and a couple different names to get here. This is actually a picture of Petey II, son of Pete the Bulldog. The original Pete passed away in 1939 and is buried under an olive tree on campus. 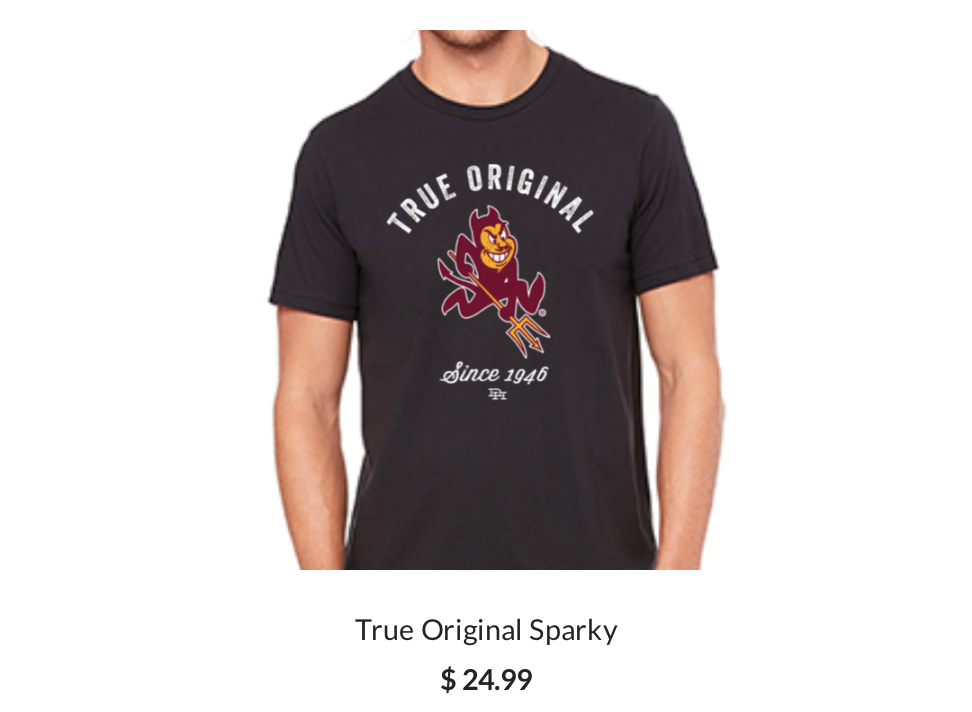 Stay up to speed on the latest products & promotions. Forks Up!